The Story of Wolverton Mountain–a Tale of Bop City

We knew all along it must end, as all things do, but we never dreamt how soon, or how horribly for all involved.

We were few, there on Wolverton Mountain, where my papa had established the family. Not such a family, even—after Mama passed, Papa moved me to the peak to protect us—me—from the world, for I was all he had. My father, Clifton, made Clower Heights an impregnable fortress and turned away the rest of humanity.

Of course, that can only last so long. As Papa administered his mining interests, it soon came time for me to begin school. He could not trust me to the world, and thus set out to bring such of the world as he must to me. Nothing but the best would do for Papa, so even though that meant bringing a man onto the mountain, he capitulated. I later learned my tutor was sworn to have no interest in women, and even though that created a different kind of discomfort in Papa, it did make him amenable to hiring the young man. Needless to say, that avowal was tested and found wanting. I don’t know if it was the fact that I was expressly forbidden to him that added to my desirability, or sheer proximity, or merely kismet, but our love inevitably blossomed.

Oh such a love! Never was such rapture to be found in Voltaire, in Aristotle, in Locke or Nietzsche or Rabelais! Surely we fancied ourselves quite Heloise and Abelard, if not Romeo and Juliet, but we failed to follow those analogies to their termination. As sure as our love had dawned like the first sunrise of June, it was to be eclipsed as Papa became first suspicious then certain…and enraged. He banished my lover from the mountain, but he could not refuse his only daughter and I implored him to let me finish my studies with the only tutor I had known. I know not if the entendre was lost on Papa, but again he acquiesced and my studies—all of them—resumed.

Love never had such lush, fertile ground as that mist-veiled mountain. Aurora’s soft smile would whisper gold and rose between the gossamer, sprinkling her radiance on the solid mountainside below, dispelling the indigo of doubt and pain to reveal the verdant fields of new life, new love rooted in the timeless granite but reaching for the limitless azure. Just as the sun rises again, so did our passion, and so again did Papa’s wrath. This time nothing could assuage his determination; he sought to have my tutor removed not only from Wolverton but from the world. It was to be settled formally, by duel. My father and my lover would meet with foils at dawn. I knew not what most to fear; my father was a master swordsman, but well past his prime, while my love was young and agile but lacked experience. In any case, I couldn’t bear the thought of losing either of them.

Nonetheless, the day and the dawn came and the duel commenced. Both my men acquitted themselves splendidly and it was truly a competition perfectly matched, as my heart tore equally in two.

Then, Papa lost his footing in the morning dew and slipped. My love would take no advantage of this misfortune and extended his hand to my father. In the blink of an eye, he too slipped on the same treacherous ground and fatally impaled my father. Believing himself the victim of callous calumny, Papa stabbed my love with his dying breath, leaving me alone on the morning mountainside with the chill bodies of the only men I would ever love. 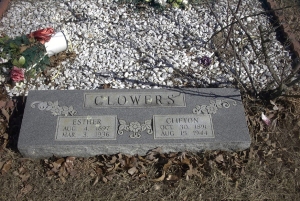 I hardly had a choice. Thoughts of Plato were long forgot, and the very idea of assuming Papa’s rôle in directing his interests left me near as cold as my late lover. I directed my steps to the nearest precipice and leapt to join my ancestors among the mighty, massive stones of Wolverton Mountain. I walk there still along the lonely trails, hearing Papa’s thunder and feeling the cool caress of my love.