Boyoboy, THE toy of the Seventies was the MEGO World’s Greatest Heroes collection.  It contained some of the best MARVEL and DC characters, including the TEEN TITANS.  My brother had the MEGO Green Arrow (with a picture from the MEGO MUSEUM): 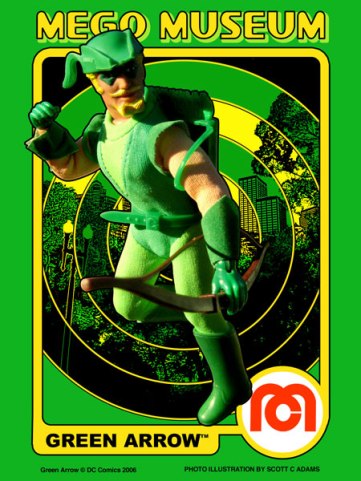 I liked that Green Arrow okay, but I always wanted him in his original World War II costume, back when he had a kid sidekick archer named Speedy.  Sure, Green Arrow and Speedy were a knock off of Batman and Robin, but I thought they were fun. 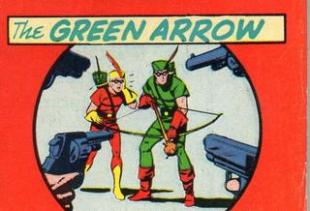 The proliferation of MEGO fans has created a whole aftermarket of MEGO body parts and folks who will sew custom costumes.  I could resist and grabbed a CASTAWAYS body with red hands and gauntlet sleeves.  From the DOC MEGO website I was able to get the bow, hat, boots, and my favorite “Bruce Wayne” head (little inside dig at the Batman similarity…).  I made the quiver and arrows out of metal pipe and tape.  The Boxing Glove Arrow was sculpted with clay: 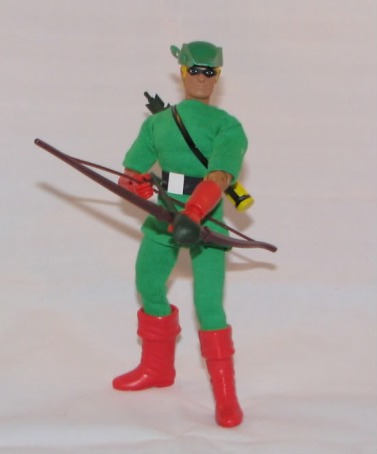 The other thing that had been nagging at me was the Speedy figure: They goofed his costume, giving him short pants and long shirt sleeves, when he actually wore the reverse.  Luckily, my costume customizer was able to oblige me with Speedy as well.  I added a custom quiver to match Green Arrow’s. 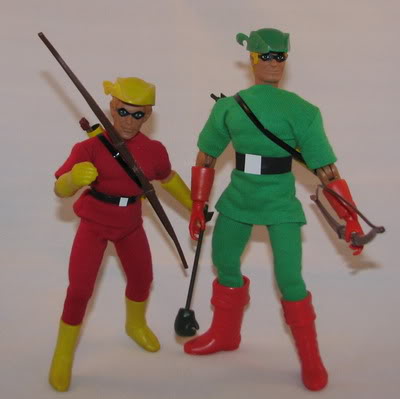 I understand that a new company will soon be reproducing these hard-to-find TEEN TITANS, which is all well and good.  I just wish they’d fix Speedy… 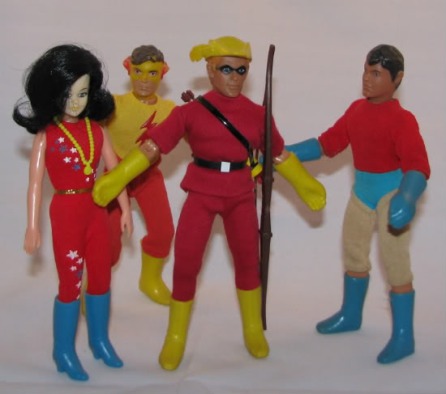 One response to “MEGO Classic Green Arrow and Speedy”