I feel for fans of the Legion of Superheroes: Thirty some-odd super heroes that come from the 30th Century and are best friends of Superboy, with at least 4+ different versions of stories.  So much so that you have to qualify what kind of Legion fan you are: “I like the Cockrum-era Legion”, “Oh, I like the Giffen Levitz Legion…”.  Oy…

MATTEL put out a special boxed set of 12 Legionnaires.  Well, Superboy and 11 other Legionnaires:

Then, they offered a 13th figure on the internet: 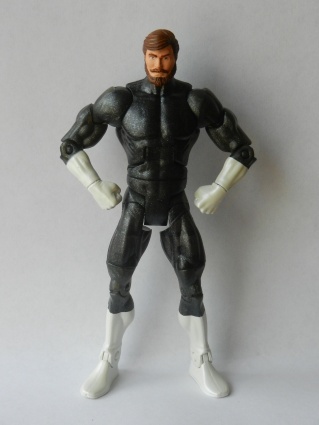 So, for Legion fans (ahem- Giffen/Levitz Legion fans) you only need like 20 more figures:

So, Neil asked for a lucky 14th member: Element Lad

That white thing on his chest is the letter “E” in the 30th century, doncha know.  We were very happy to oblige Neil his 14th Legionnaire:

Looking at the team picture, I think I could bang out another 12-pack.

What do you think?

3 responses to “For Neil: Element Lad”