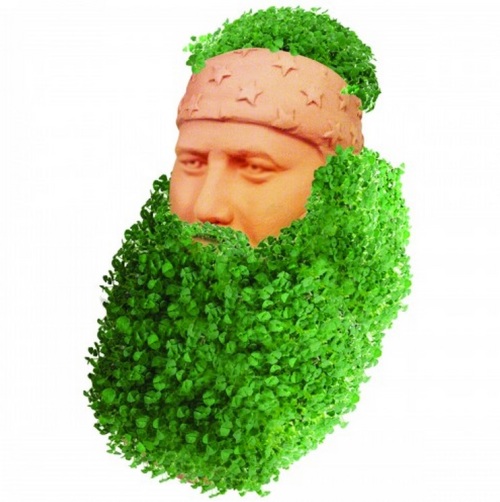 This will be one of literally millions of articles on the subject posted around the internet today, but I’ve decided somebody out there needs to know what I think about this cranky hillbilly getting the axe from his reality show. I thought he was probably at the 14 minute 30 second mark anyway until I was out Christmas shopping and saw those beards on every kind of product imaginable all over every store (although admittedly mostly at Wal-Mart).

My prediction is all that crap sell even bigger now. I find that people that see the world as slipping into the control of outsiders really love a martyr figure, no matter how backwards, when they “speak out” against “where things are heading.” What some of us call “progress.”

I’ve endured many a conversation with aging white men about what’s up, and kept a poker face for nuggets of wisdom like “soon men and women won’t be allowed to get married” and “illegal immigrants should be shot on sight” and “I only pay cash, because some gay could write something on my ticket and make it look like I’m out to get them.” I can’t get all the way up in their heads, but I know they’re mostly just scared. That’s the motivation.They think they’re the victims. So this old coot gets shown the door, it’s like a “shot fired in the culture war.”

I don’t watch the show and I’m not an outdoorsy cat, but I gather this dude’s main thing is going into woodland areas and luring ducks to their death for fun and profit, and that’s his zen. Which is cool, whatever. But if he really wants to service the King Of Kings, he oughta come up off that Chia-head merchandise money and give to the needy, not pontificate and say what he thinks the Savior’s gonna do after we’re all goners. Follow the example while on this side of the ground.

There’s three things that are alarming to me about the reaction to all this:

1) Freedom Of Speech doesn’t mean you can’t get fired from a job for saying something, and it’s funny to me that people that seem really into decrying a “nanny state” seem to want the government to step into the private sector on things like this

2) Jesus didn’t say anything on record about gays

3) This dude is so rich that none of this likely matters to him, and sure shouldn’t matter to anybody who needs the job they got.

Also, you have to figure that “reality TV show star” is a job unlike just about any other job. Imagine a job that requires you to work with the public and multiply it by a thousand. You can be a duck call salesman and think that everybody but you should go to the lampshade factory, and get by allright. The rule is different for a public figure on TV, though. The appeal of this show I’m guessing is because the audience identifies with what they’re seeing, but this guy can sleep on a bed of 100 dollar bills. The gulf of the difference in the life any of us leads and that this dude leads is pretty wide.

GQ is a very gay friendly magazine and it’s about style and fashion, the absolute antithesis of what these guys are about. I couldn’t make this up- I bought my first ever issue of GQ at a Wal-Mart, and I did it because I had a morbidly obese flip flopped woman buying a cart full of Little Debbie Snack Cakes ahead of me and a camo clad Duck Warrior type dude behind me. Buying that magazine in that place at that time felt like an act of subversive rebellion. Jon Hamm was on the cover, it’s now framed and hangs in my home. So this is all very fitting to me.

The really interesting thing will be seeing what happens next. Will this old coot embrace being wronged by that stupid old liberal lamestream media, play the victim? Will he apologize, and will it be hollow or profound? Or, like so many physical embodiments of fads gone by, will he just disappear? Only time will tell.

Read more from me at RockoJerome.com

One response to “So Long, Duck-Man”