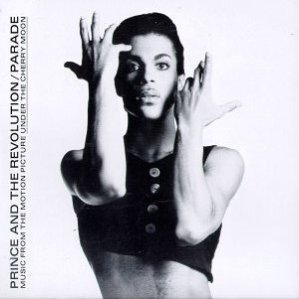 I graduated high school in 1985. Hadn’t had a serious girlfriend or even many dates, but started seeing a girl I’d actually known for years. She had known my cousin even longer; they had been in class together since second grade. But we got closer and closer, and, well, ‘let’s get married.’ I don’t remember exactly when that decision was reached, any more than the exact dates of some of the things that went down after that. Things like her getting closer to a guy she worked with, and deciding maybe we should hold off a while. Things like us getting back together, complete with a real confrontation between me and that guy. Things like me remaining active in a local theatre group and a girl there being very forthcoming about how we should be together. She won. We became a couple for a while before I eventually fell back with the girl from high school.

“Parade” was released in the summer of 1986, and was the soundtrack of my life for several months. It was the ideal mix of erotic groove, melancholy, narcissism, and a remote, barren feeling that matched my emotions. It is inseparable for me from my experiences with those girls. I can’t explain any better than to say Do U Lie?, Under The Cherry Moon, Anotherloverholenyohead, New Position all have a meaning for me that transcends their lyrics. The associations I have for the songs—where we were, what we said and did—make the album even richer than it is musically. Sometimes It Snows In April, the closing ballad, captures the end of an affair delicately but not preciously, and it served a multitude of purposes for me that year.

The first girl, High School Girl, and I were married February of ’87. Still together, and our son graduates from the same high school in May, the same one our daughter graduated from in 2008. Prince is the Man.

One response to “Girls and Boys”