Bourbon On The Rocks 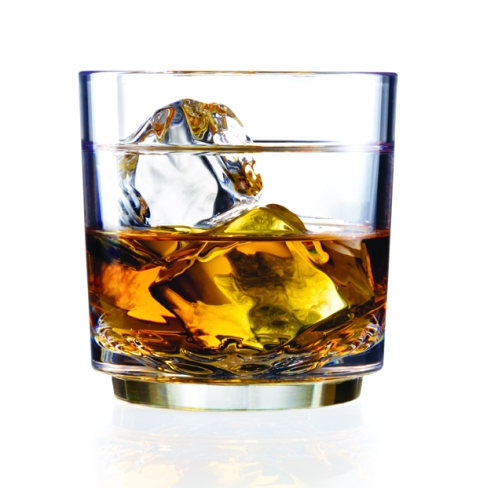 He sat at the hotel bar, and the Evan Williams on ice in front of him was his whole world. He had one already, and since he had nowhere to be and the day had been hard, he had another. This time a double. He took his first drink off the fresh one just as the brunette at a table across the room caught his eye. The stray glance didn’t tell him everything, but it told him enough to know that he had caught her eye, too.

He straightened his back and jutted his chin out a tad instinctively, and resolved to finish his drink before he walked over, so as not to appear overeager, which would be a fatal mistake. His mind drifted back to the last woman he had been with. A blonde, and like something from Hollywood, 1960. She was lush and beautiful beyond belief, at least any belief he had in keeping her. A woman like this had endless possibilities, any man she would want who cared about girls would be blubber in her hands. That wasn’t really why he liked her, though. He liked her because she was sweet and had a good nature, and if he was honest with himself, which was sometimes the case but not often, he liked her because she was broken inside. The more she relied on him, the more he loved her. He would be left holding the bag that time. It didn’t end well, but at least it ended quickly.

Realizing thoughts like this wouldn’t aid him any at all in the present, he decided to think instead of the redhead he knew before that blonde, the one he had been with the longest. Their time together was easy and the days melted like ice cream in the sun into happy years. They spoke a private language and understood each other well. But she wanted to do things that didn’t involve him and he knew that. Turns out she didn’t know, but he did. He always knew it, so when the time came, he broke his own heart so that she would never have to. He still remembers her last words to him. “How’s that blonde that stole you from me?”

The internal pep talk wasn’t going so hot. New resolve: Don’t think about the ones he loved most, think about the one he loved hardest. That was easy. The raven haired one, the one that was short and stout and ready for anything. She wanted to be with him all the time and know everything he was, and have his back no matter what. With every new aspect of him that she discovered, he figured eventually she would flinch and ditch him, but she never did. Finally a day came, and he learned a lesson. If she says “You know, I just don’t think you’re in this with me” you better have an answer.

He noticed the glass, except for the remnants of some ice, was empty. Looking across the room, the brunette was gone. So he had another double. After that was gone he paid his tab with a generous tip, took the elevator to his room, and fell asleep on top of the bed, still in his suit and tie from that day’s meeting.

He figured it was all just as well.

Read more from me at RockoJerome.com.